Switch to the light mode that's kinder on your eyes at day time.

Switch to the dark mode that's kinder on your eyes at night time.

I’m a Canadian film director based in Toronto and jury member at various prestigious film festivals including the Annual Daytime Emmy Awards and other Oscar qualifying festivals.

I began my career directing music videos including twenty projects for the independent music artists. Since 2007, my focus has been on directing independent films. My body of work includes two feature films and sixteen shorts, for which I received several awards and nominations. 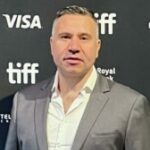 Barbara Worth
@barbarauhfilms-com
Show All Friends ( 7 )

Don’t miss out on upcoming events

Add your name and email address below

This website is designed and hosted by its members for its members. We welcome the voicing of perspectives and opinion although FILMingle is not responsible for the posts of individual members. We do not tolerate discrimination of any kind. If you find anything offensive, abusive or illegal please notify us immediately and we will remove the content as soon as we can.

Your password reset link appears to be invalid or expired.